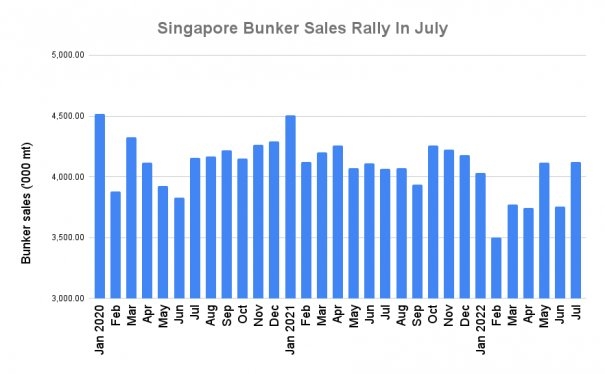 Bunker demand in Singapore, the world's largest marine fuels hub, jumped on both a monthly and yearly basis in July to the highest level in seven months.

The city-state's total demand advanced to 4.1 million mt in July, according to preliminary data from the Maritime and Port Authority. The total was up by 1.4% from the same month a year earlier, by 9.8% from June's level and the highest monthly total since December.

The total had dropped by 8.8% on a monthly basis in June.

HSFO's share of the total was 30.8%, up from 26% the same month a year earlier. Its monthly total was at the highest level since the pre-IMO 2020 era, having dropped in recent months after HSFO contamination problems seen in February and March.

The niche LNG bunker market in Singapore continues to grow, after seeing total sales of 50,000 mt last year, but LNG sales are not yet being included in the monthly figures. Biofuel sales are also being carried out, but are not included in the official data.

Strong Start to Second Half

July's total shows a strong start to the second half of the year in Singapore after persistent weakness early in 2022. Singapore's first-half total was the lowest since the first half of 2015, undermined by COVID lockdown effects in Asia, the HSFO contamination problem in February and March and supply issues caused by the Russia-Ukraine crisis. 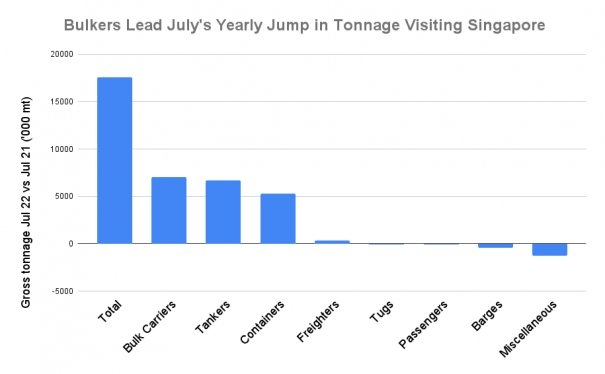 The firm is looking for candidates with strong project management skills, previous experience in complex global organisations and a degree in a technical area.

Capable of running on carbon-neutral green methanol by 2024.