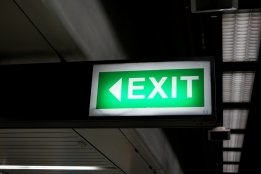 The company's crude and fuel oil trading desks will be moved to Sumitomo's Tokoyo base, according to a Reuters report.

A source familiar with the matter was cited in the report as saying that the move should be completed by April.

Market competitiveness and company strategy, among other factors, were given by the source as prompting the decision to move out of the southeast Asian shipping and bunkering hub.

The meeting was held on December 15.