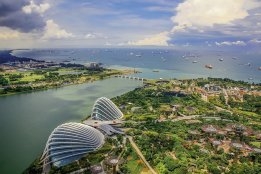 A Shell employee at the oil major's Pulau Bukom complex in Singapore has admitted his role in a marine gasoil scam running over several years.

Sadagoan was one among a dozen Shell employees involved in the scam which ran from 2007 to 2018 and saw millions of dollars worth of gas oil syphoned off from the company's tanks.

The Straits Times reported that Sadagopan's role developed as he was in charge of operating, either manually or electronically, the valves which released the gasoil to ships.  He joined the company in 2012 becoming part of the illegal scheme at some point between 2017 and 2018.

Sadagopan, who pleaded guilty in a Singaporean court before district Judge Christopher Goh, will return to court on February 18 for sentencing, the report said.

The criminal ring's activites first emerged in early 2018 with a number of arrests. Concerns over the activity had been raised by Shell with the authorities in August 2017.  A bunker tanker, Sentek 26, was also exposed as the scam unravelled.

Another order, and another step forward for rotor sails' acceptance as a serious option for shipowners.