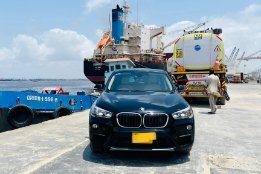 Orion Bunkers Limited has completed its first stems of VLSFO bunkers in Pakistan, the company has said.

Product avails are currently under pressure as refineries have directed their attention to meeting demand from power generation plants during the peak summer season.

A spokesperson for Pakistan State Oil told Ship & Bunker that 0.50% sulfur product would be available for the bunkers pool in around one to two months.

But like most all ports, demand for product has also been lower than usual due to covid-19, Zishan Arshad, Director Bunkers at Orion Bunkers noted.

"Vessel calls are quite low compared to normal. Hopefully, demand will increase in coming months, and avails back to normal  next month," he added.

But PVM suspects the pull-back may be short-lived.