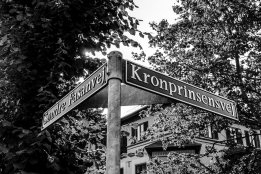 Shipowners and bunker industry players accept IMO 2020 is coming and are ready to adapt is how  the overall flavour the International Bunkering Industry Association conference in Copenhagen was put by Lloyd's List.

The voice of the shipowner sent two reporters to the event, an acknowledgement, perhaps, of the significance of sulfur cap rule change on both sides of the industry.

Chief correspondent Richard Clayton said it was clear from the conference that the bunker industry accepted IMO 2020. And he cited as evidence a comment by Keld Demant, of Bunker Holdings, who said in the leadership session that players should already be ready for IMO 2020 because, if they're not, they will be left behind.

For shipowners, deciding which fuel is best is not straightforward as every ship is different.

"Every owner has to go through his or her fleet and decide what is best for that ship," he said in a Lloyd's List podcast.

In the same podcast, Lloyd's List reporter Anastassios Adamopoulos said that IMO 2020 and fuel quality remain a concern, and one which was amplified by the summer's 'bad bunkers' case.

However, he said fuel testing agency VPS, which spoke at Copenhagen, had said that from its initial investigation, the bad fuel at Houston pointed to an upstream source of contamination.

The more general concern for shipowners and ship operators is knowing where along the fuel supply chain fuel quality problems may arise, the reporter said.

The firm is currently seeking to develop its business in the Americas.

The UK government launched a new national hydrogen strategy this week, seeking to give support to the production of both green hydrogen -- produced via electrolysis using renewable power -- and blue hydrogen, made using fossil fuels.