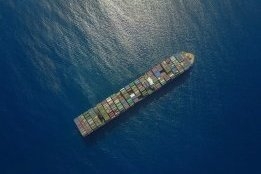 The European Maritime Safety Agency (EMSA) is to use sniffer technology to monitor the 0.5% sulfur cap on bunker fuel which comes into force in a year's time.

The technology has been successfully developed by Danish technology company Explicit where it is deployed by the Danish authorities to monitor emissions from ships passing through Danish waters.

An agreement between the agency and a consortium of companies includes provision for the sniffer-led monitoring service offered by Explicit.

Explicit's chief executive and founder, Jon Knudsen, said that "the opportunity to provide EMSA with the same emissions monitoring capability and data processing expertise that we provide for other national authorities is an important milestone and a recognition of how far we've come with our technology".

Explicit's technology forms part of a wider push for effective emissions monitoring as part of a partnership between drone specialists Nordic Unmanned and UMS Skeldar and the EMSA.

"While Nordic Unmanned and Skeldar are focused on the pilot and aircraft operations, our strength is on the emissions application, payload, and the overall provision of mission data directly to EMSA and the member state users," Knudsen said.

The Baltic Sea, which encompasses Danish waters, is an emissions control area, where the sulfur limit on bunker fuel is capped at 0.1%. The Danish agency in charge of emissions monitoring has said that sulfur content from shipping in Danish air dropped significantly following the introduction of the 0.1% limit.

The organisation now has 1,000 guests registered for the annual dinner on February 27.