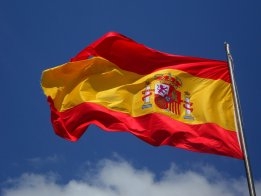 Demand for LNG as a bunker fuel surged in Spain last year, according to data from the European Commission's CORE LNGas hive project.

A total of 195 LNG bunkering operations were carried out at the country's ports last year comprising 81,704 m3 of gas, up from 60 operations totalling 4,504 m3 a year earlier.

A further 35 operations were carried out in Janaury of this year, in which 12,055 m3 of natural gas was supplied, the project said in a statement.

The CORE LNGas hive project's aim is to develop a safe and efficient, integrated logistics and supply chain for LNG in the transport industry (small scale and bunkering), particularly for maritime transport of the Iberian Peninsula.