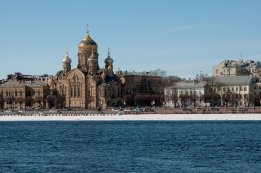 The production statistics, as reported by price reporting agency Platts, are an indication rather than set figures. The company is also to produce similar volumes of ultra low sulfur fuel oil and marine gasoil.

The numbers apply to the Russian bunker market only and do not include products and blending components made for export, a Lukoil spokesperson said as quoted by Platts.