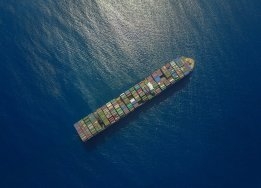 Shipping giant Maersk's oil trading arm is to source IMO2020 grade bunker fuel in Rotterdam through a terminal tie up.

The deal between Maersk Oil Trading (MOT) and Koole Terminals will see up to 10% of Maersk's annual bunker demand produced from the latter's distillation unit at Botlek.

The move will allow Maersk "to further expand its bunker supply volumes in Europe", the shipping company said.

MOT head Niels Lindegaard said the arrangement will "ensure stable, reliable services" for its customers in the coming months if the fuel oil markets, as expected, become volatile.

Rotterdam is a major bunkering and transshipment hub for northwest Europe and a top three bunkering destination globally.