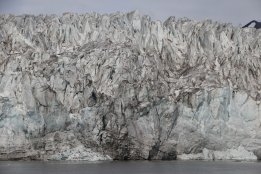 Curtailing the number of visitors and banning heavy fuel oil use by cruise ships going to Svalbard in the Greenland Sea are both measures under consideration by the Norwegian government.

Svalbard is an archipelgo to the north of the Norwegian mainland.

According to local news provider the Barents Observer, there are moves afoot to make a general ban on heavy fuel oil use by ships visiting the area as well as limiting the scope of tourism activity on the archipelago, Svalbard and social security minister, Ingvil Smines Tybring-Gjedde, was cited as saying.

Measures include an extension of the heavy fuel oil ban (ships cannot use heavy fuel oil in certain areas), restrictions on the size of ships visiting the area, stricter rules on the disturbance of polar bears, and [limits on] landings in vulnerable areas, according to the report.

The use of heavy fuel oil is currently banned in the Antarctic but not in the Arctic.