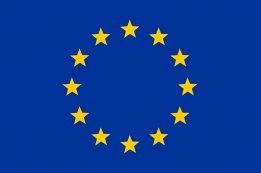 The EU has announced its own net-zero GHG target for 2050. Image Credit: File Image / Pixabay

The shipping industry may have to wait until June next year to discover whether it is to be included in the European Union's emissions trading scheme as part of efforts to cut greenhouse gas emissions.

On Wednesday the European Commission announced details of a new European Climate Law committing to a net-zero greenhouse gas plan for the continent by 2050, and launched a consultation on a European Climate Pact to be set in November setting out strategy for how to reach the 2050 target.

No mention was made of the long-discussed plan to include the shipping industry into the EU's emissions tradings scheme, but the Commission said there would be a review of the scheme by June 2021 at the latest.

Various shipping-industry organisations have previously criticised the idea, saying including shipping within the European scheme would undermine efforts at the International Maritime Organization to regulate the industry at a global level.