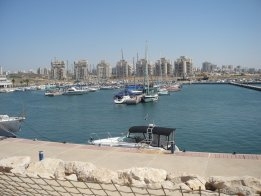 The company's operation at Ashdod is growing. File Image / Pixabay

As of August 1 the company will add the barge MT Lerix to its fleet at Ashdod to deliver very low sulfur fuel oil and marine gasoil within port limits, Island Petroleum said in an emailed statement.

The new barge is in addition to the MT Olivia, which the company is using for bunker deliveries to ships at anchorage.

Elsewhere in Israel the company also has physical supply operations at Haifa and Ashkelon, and in Cyprus at Limassol, Larnaca, Vassiliko, Moni and Dhekalia, it said in the statement.

The company is seeking to expand in West Africa.