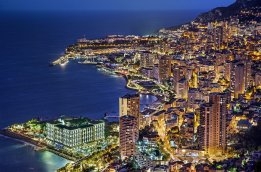 The new hire will be based in Monaco. File Image / Pixabay

Marine fuel supplier Dan-Bunkering has hired a trader in Monaco.

George Delaportas joined the company's Monaco office as bunker trader on February 22, Dan-Bunkering said in an emailed statement on Tuesday.

Delaportas was previously a bunker trader for Dan-Bunkering's sister company, KPI OceanConnect, in Athens, according to his LinkedIn profile.

"He brings along valuable experience and market knowledge within the industry from his previous career in a bunker trading company in Greece," Dan-Bunkering said in the statement.

USTC has acquired 60% of CM Biomass.

The firm has decided to invest in Norway-based Larvik Shipping, a ship management company for liquefied CO2 carriers.