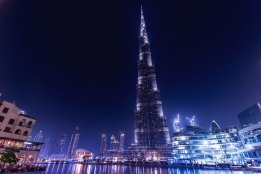 Oilmar is based in Dubai and employs four bunker traders there. File Image / Pixabay

The firm has recently seen 10% month-on-month growth in its bunker volumes, a company representative told Ship & Bunker this week.

The firm now has six bunker traders as of August, four of which are based in Dubai and one each in South Korea and Greece.

The company is doing more than half of its bunker trading business with medium-sized shipping firms with 15-20 vessels in their fleets.

As well as geographical expansion for its bunker business, Oilmar is also considering a move into alternative fuels, according to a statement on its website.

Demand at key marine fuel hubs jumped by 6.3% in the second quarter of 2021 from the initial shock of the COVID-19 pandemic a year earlier.