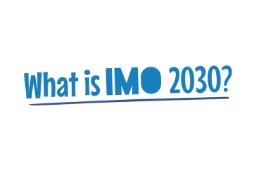 The International Maritime Organization (IMO) is seeking to revitalie momentum on the shipping industry's decarbonisation agenda this week with more talks on short-term measures to cut greenhouse gas emissions.

The UN body is holding an informal virtual meeting this week for member states and international organisations to discuss progress on the various short-term measures being proposed to cut the carbon intensity of shipping.

As explained in a new IMO 2030 video and guide published this week by Ship & Bunker, the strategy faces a number of key issues that are yet to be resolved, not least of which being the lack of firm data against which the reduction target should be measured. There is also continuing debate as to whether the target should be made more ambitious.

This week's IMO meeting will not be empowered to take any decisions, but is aimed to keep discussion of the short-term measures moving. The hope is for this to help achieve progress at the next meetings of the IMO's Intersessional Working Group on Reduction of GHG Emissions from Ships and the Marine Environment Protection Committee.

COVID-19 lockdown measures in the UK have caused several meetings at the IMO's London headquarters to be postponed this year, and concerns have been raised that the decarbonisation agenda could stall as a result.

The IMO plans to release a short summary of the meeting at the end of the week, with a list of the topics discussed.

Trio to Focus on Wind Power in New Vessels Designs

COVID has not changed the need to meet IMO's 2030 and 2050 emissions targets.