Germany to Get First LNG Terminal 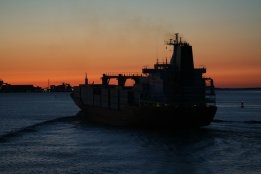 The German port of Brunsbuttel at the mouth of the River Elbe -- and close to Hamburg -- will be the most likely location for the country's first liquified natural gas (LNG) terminal.

The project, which is being driven forward by a partnership of Gasunie, Oiltanking and Vopak, should see the terminal operational within four years' time.

According to a statement from the partnership, German LNG Terminal, the facility will be able to receive, store and regas LNG as well as distribute the gas in smaller parcels.

Wilhelmhavens on German's northern coast could also be a possible location for the terminal, a source familiar with the matter said.

The port authority has worked with waste management company SEREP on the project.