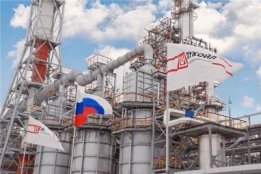 The wholly-owned LUKOIL-Volgogradneftepererabotka subsidiary plans to produce about one million tonnes of the IMO2020 grade fuel per year.

This represents a more than doubling from previous indications of its production intentions, which last year pointed to the firm having ambitions of making between 360,000 and 480,000 tonnes of 0.50% material.