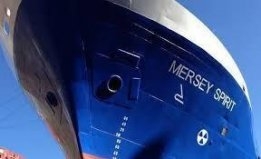 Italian bunker company Bunker Energy has boosted its bunker operations with the addition of a new barge.

The 2,366 deadweight tonne Mersey Spirit, which is controlled by its subsidiary Anapo, increases the company's barge fleet to three ships.

"The deveopment confirms the stakeholders renewed interest in this pivotal sector of the shipping industry," the company said.

The extra barging capacity "will allow a faster turnover in deliveries and extend the company's flexibility in servicing the surrounding ports", it added.

The barge was previously deployed off the north coast of the United Kingdom and was acquired from World Fuel Services, Ship & Bunker understands.

While the Mersey Spirit is most likely to be stationed at Augusta on the southern Italian island of Sicily, the company said that it has bunkering licences cover most of the Italian ports.

Oiltanking will provide the storage facility and Matrix Global the auction platform.

MSC has signed a deal with Fincantieri Infrastructure Florida to build the facility.