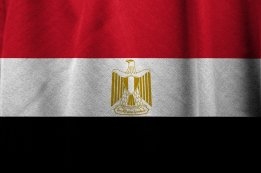 The firm's initial focus will be on bunkering at Egyptian ports. File Image / Pixabay

The company has recently invested in one of Egypt's largest private container depots, as well as in wider shipping activities in the country, a representative told Ship & Bunker this week.

The firm is now seeking to increase its footprint in the bunker industry. Earlier this month it hired Abdelrahman Naga, formerly a senior bunker trader for GP Global in Dubai, as its bunkering manager.

The aim will be to professionalize the company's bunker trading division to deliver larger volumes, the representative said.

"We needed to systemize the process from receiving an inquiry to the post-fixture reporting and invoicing, similar to global bunker trading companies, with a plan in place to relocate funds from other internal sources within the group to the bunkering division as we expect it to grow further," the representative said.

"A part of the plan is to invest in supply equipment, logistics and infrastructure, and the company is currently evaluating a few assets such as bunker barges/vessels."

The company is expecting a formal start to its new bunker operations in May.

The 2010-built Accra will now operate under the name Monjasa Striker.

The Ever Given has been arrested following a successful court application by the authority on Tuesday.