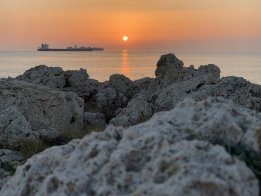 The company's presence in the Mediterranean is growing. File Image / Pixabay

Russia's Gazpromneft Marine Lubricants has expanded its presence in the Mediterranean region, the company said Monday.

The company's network in the region now covers 27 ports in Greece, seven ports in Egypt and 20 ports in Turkey, it said in an emailed statement.

The company has partners with production facilities in Turkey and Greece and a warehouse in Egypt, it said, allowing it to offer to customers with no more than three days' notice.

"The stable availability of oils in such heavy-traffic regions as Suez and the Bosphorus, as well as in the majority of other Mediterranean ports, allows to replenish supplies in the nearest point with short notice," Roman Miroshnichenko, the company's managing director, said in the statement.

Bunker Traders in Demand as Job Market Remains Buoyant into 2021

"I would say 2020 has been our busiest year ever partly because of the job activity for bunkering," says Singapore-based Salling Search.