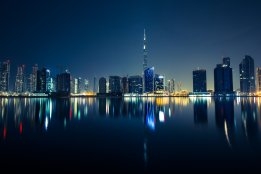 GP Global is based in Dubai. File Image / Pixabay

UAE-based GP Global has denied shutting all of its desks as part of its restructuring in the wake of fraud allegations.

Responding to a media report Thursday that it had closed all of its trading desks, a company source told Ship & Bunker the story was not true.

The company has closed two less well-performing desks as part of its restructuring exercise, the source said. These desks are unrelated to its bunkering business.

All staff have been paid in full this month, the source added.

GP's bunker business has been largely paused as the company seeks new backing from its lenders.