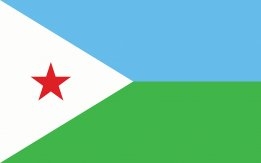 Last week's blockage of the Suez Canal delivered a significant boost to marine fuel volumes at Djibouti, highlighting the country's potential as a bunkering location for ships passing through the Gulf of Aden and the Red Sea.

Bunker volumes were up by around 25% from their normal levels last week as the 20,000 TEU container ship Ever Given blocked the canal, leaving a queue of ships building either side, a market source told Ship & Bunker on Tuesday.

"Whilst this was a temporary increase, we hope that this could encourage buyers to consider Djibouti as a great alternative to other Suez ports from operational as well as financial point of view," the source added.

Last year the company also signed a deal with Chimbusco to bring a floating fuel production facility to the country that could produce as much as 6 million mt/year of VLSFO.

However, the oil futures curve is showing strength.