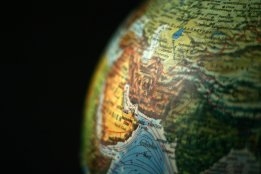 Iran's shipping fleet will not be able to comply with the upcoming IMO2020 global 0.50% sulfur cap when the new rules come into force on Wednesday, officials have warned.

According to the report, the country's Shazand Refinery is the only facility obliged to produce IMO2020 compliant VLSFO fuel, and that is limited to 500,000 tonnes per year.

This is just one third of the 1.5 million tonnes/year required by Iran's fleet.

Ongoing U.S. sanctions against Iran makes it difficult for the ships to lift bunkers outside of the country.

In general, any vessels unable to obtain 0.50% sulfur fuels will be obliged to burn lower sulfur - and potentially more expensive - fuel such as emissions control area (ECA) compliant 0.10%S distillates.

The firm is looking for candidates with a minimum of ten years of experience in commodity trading and senior management experience.