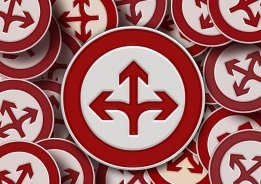 A deflated balloon might be a suitable metaphor to describe the current bunker market in Europe both in the northwest and in the Med.

Speaking to traders this week, the overall picture being drawn for Ship & Bunker is of weak demand and plentiful supply of very low sulfur fuel oil.

For high sulfur fuel oil, it is a different story, with tight supplies reported across most ports

But the picture is far from uniform with both buyers and sellers left treading water.

One player in northwest Europe said it was a case of taking whatever stems came their way with margins cut to the bone whereas the limited supply options in some Med ports could add a premium on the agreed price.

But trying to charactise the market as either for buyers or for sellers is difficult.  One source said the current market was "challenging", another described it as "uncertain".

"It's hard to deem whose market this is," a source told Ship & Bunker.  But against the weak fundamentals, product is being priced across a wide range of numbers.

"VLSFO discounts are varied," another source said. "Prices are all over the place, for all grades," the source added.

However there is a ray of hope coming from the ports which are determined to stay open. That, at least, should provide a base guarantee that demand does not disappear completely.

Ship owner and operator Hafnia has a global presence with offices in Singapore, Copenhagen and Houston.

The vessels will have a cargo capacity of 23,000 TEU, bigger than any boxships on the water today.