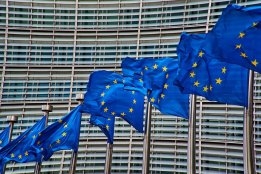 The Commission is proposing member states all voluntarily seek to reduce their gas consumption by 15% up to March. File Image / Pixabay

The European Union now sees Russia fully cutting off its gas flows to Europe as 'a likely scenario'.

"Russia is using energy as a weapon.

The Commission is proposing member states all voluntarily seek to reduce their gas consumption by 15% up to March.

European LNG bunker demand is likely to come under further strain this winter as gas supplies become more scarce. Many dual-fuelled ships have already reportedly switched to using conventional bunker fuels rather than LNG because of rising prices, and this process is likely to continue as the EU prioritises industry and domestic heating in the event of Russian gas becoming unavailable.