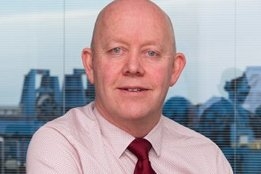 The British Ports Association (BPA) has called for further reassurance that the operation of open-loop scrubbers in port waters will not lead to problems in the future.

Addressing Parliament this week, BPA Chairman Martin Lawlor said the ports industry is becoming increasingly concerned about the potential for contamination building up in berths and navigation channels, and called for "robust evidence" to be brought forward to allay these fears.

"Ports take their environmental responsibilities seriously and with IMO targets ships will have some tough decisions. However we must have a grown up conversation about the implications of the use of open loop scrubbers in ports," said Lawlor, who is also Chief Executive of the Port of Blyth.

"There is a concern that such systems could lead to the build up of contaminated sediments which over time could cause a real issue for ports wishing to maintain and develop their operations."

In response to a recent wave of pushback on the technology that included bans of open-loop scrubbers in the waters of Singapore and Fujairah, scrubber advocate group Clean Shipping Alliance 2020 (CSA 2020) last month said it was making headway on its campaign to give ports the reassurance they need on the technology's use.

Even U.S. shale is credited for keeping the market balanced during the Libyan outage.

Bunker fuel is made up of four fifth low sulfur fuel oil and one fifth biofuel.

Europe: Green Deal to Include Shipping

Series of initiatives on transport to come next year.