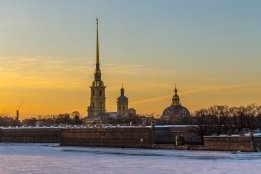 Russian oil producer Gazprom Neft saw its bunker sales drop by more than a third in the first half of 2020.

The company's bunker sales dropped to 1.05 million mt in the first half, down by 34% from the 1.6 million mt sold in the same period a year earlier, Gazprom Neft said in second-quarter results published this week.

Russia is struggling to hold onto its share of the global bunker market, which traditionally relied upon its cheap and abundant supplies of high sulfur fuel oil, in an era when very low sulfur fuel oil has become the dominant bunker fuel.

Gazprom Neft's share of the Russian bunker market has climbed to 21%, the company said, up by 5.8 percentage points from its position in the first half of 2019.