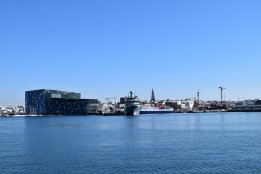 Citing port authority data, cruise ships in Reykjavik harbour accounted for 14,300 metric tonnes of GHG in 2017, a 50% rise over the previous year, according to local media and the Reykjavik Grapevine.

The port and the local municipal authorities plan to add 8-10 new shore power facilities by 2025.