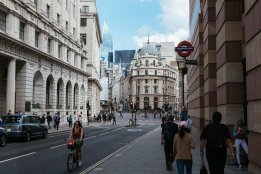 The UK and European Union have jointly developed a ban on insuring ships carrying Russian oil cargoes, further stymying the country's energy exports in the wake of its invasion of Ukraine.

The ban is due to be formally announced imminently, newspaper the Financial Times reported late on Tuesday, citing UK and European officials. The ban will lock Russian oil cargoes out of the Lloyd's of London insurance market.

Other insurance markets remain available for Russian oil exports, but the ban will further complicate the trade.

The EU has also announced plans to ban all seaborne imports of Russian oil by its member states. Pipeline imports will continue, as will all imports of natural gas.