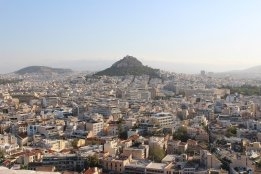 A seminar held in Athens on the potential for methanol to be a viable marine fuel was attended by 70 delegates from the Greek shipping sector.

The event was organised by consultancy Sea Commerce and the Methanol Institute.

The use of methanol as a marine fuel and how that would shape ship design and construction, management and operations, and propulsion and regulatory issues were all covered at the event which took place in the Greek capital in late May.

The next seminar on the same topic is planned for Sao Paolo, Brazil in August.

As part of an established and highly successful key account team in Singapore.

Oil Up Again As U.S., China Seemingly On Verge Of Signing Trade Deal

Meanwhile, the U.S. is set to become a sustained net oil exporter.

The maritime industry seems to be overlooking the technology, says shipbuilder DSME.