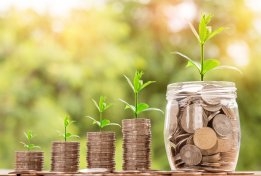 Scrubber earnings have been under fire this month. Image Credit: File Image / Pixabay

Shipowners considering whether or not to install a scrubber should focus on the environmental case rather than the financial one as fuel price spreads narrrow, according to pro-scrubber group the Clean Shipping Alliance (CSA).

"Media reports concerning the narrowing of fuel prices should not be a deterrent to the wider take-up of marine exhaust gas cleaning systems (EGCS), as the technology remains the optimal, most effective means of meeting MARPOL Annex VI requirements," the organisation said in an emailed statement Monday.

"Existing and new users of EGCS have invested in the technology first and foremost to reduce the impact of sulphur emissions on human health."

Scrubber economics have come under pressure this month as the crude price collapse left a much narrower price spread between very low sulfur fuel oil (VLSFO) and high sulfur fuel oil (HSFO) -- a key measure of the savings scrubber-equipped ships can make on fuel bills.

The VLSFO-HSFO spread at Rotterdam narrowed to $48/mt on Friday, according to Ship & Bunker pricing, down from $298/mt at the end of last year.

Delivery of the vessels are expected in the second quarter through to the fourth quarter of 2024.