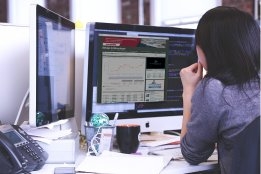 The data is being made available thanks to a collaboration with leading independent physical LNG supplier Titan LNG.

The prices include delivery and are based on an underlying front month contract.

We wholeheartedly support Ship & Bunker in making this transparency happen

Due to the different energy profiles of LNG and oil, this conversion allows readers to easily make meaningful price comparisons between different fuel types.

"With the marine shipping industry at the very beginning of its transition away from oil bunkers, I am delighted we have been able to partner with Titan LNG at this early stage to help bring increased transparency and clarity to the future marine fuels landscape," says Martyn Lasek, Managing Director, Ship & Bunker.

"By expressing the LNG bunker price in terms of an equivalent to fuel oil and MGO, bunker buyers will be able to easily make a like-for-like price comparison between LNG bunkers and the traditional bunker choice they are already familiar with."

Flip Dankelman, Risk Manager, Titan LNG added: "We know that there is still some confusion around LNG pricing, which is why Titan LNG has taken the step to inform the market on equivalent pricing.

"It is important to understand the 'corrected' prices to ensure the right investment decisions are made, when making the choice for LNG-fuelled vessels. The payback time is often much less than what people think. We believe that the open platform of Ship & Bunker is an excellent way to broadcast this message. We wholeheartedly support Ship & Bunker in making this transparency happen."

LNG has emerged as the leading alternative to traditional oil-based bunkers with almost 200 gas-powered vessels already in operation and numerous supply operations set to come online in the coming years.

Rotterdam, already one of the world's leading bunkering hubs for traditional fuels, has been pivotal in the uptake of LNG bunkers to date.

Quarterly sales of gas bunkers have been rising dramatically at the port in recent years, most recently for Q1 2021 witnessing a gain of 294% to 139,489 m3.

Titan LNG has established itself as the leading independent LNG bunker supplier within the ARA region. Its expanding fleet includes Titan Krios, The Green Zeebrugge, FlexFueler 001 and FlexFueler 002.

Titan LNG is expected to have the largest network of LNG bunkering vessels in Europe by 2025, enabling accessibility to LNG, bio-LNG, and eventually clean LNG produced from green hydrogen.

To learn more about our pricing methodology, including the formulas for energy equivalence conversions, please visit: https://shipandbunker.com/about/about-sb-prices