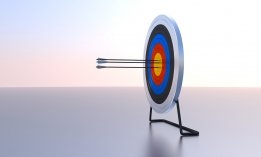 Norway's shipowners have set themselves a more ambitious target than the rest of the world. File Image / Pixabay

Shipowners in Norway have set themselves a more ambitious decarbonisation target than that of the International Maritime Organization (IMO), pledging to halve their greenhouse gas (GHG) emissions by 2030.

The organisation will also "strive for an international ban from 2050 on fuel that is not climate neutral," it said.

"In their role as buyers, shipping companies can specify the technology and machinery solutions for their ships and therefore have a particular responsibility to give clear indication of what they expect shipyards, equipment and engine suppliers, and energy companies to develop in the years to come," the organisation said.

"Through this strategy, the Norwegian Shipowners' Association intends to communicate the clear expectation that significant resources should be devoted to developing zero-emission solutions that can be commercialised and scaled up as quickly as possible."

The ship will be built by Oshima Shipbuilding, and is due to start operations in 2022.