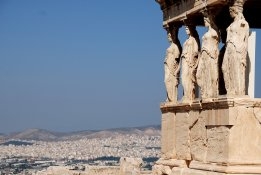 The new hire is based at Sonan's Athens office. File Image / Pixabay

Loukas Vanger has joined the company in Athens as a senior trader as of this month, according to an update to his LinkedIn profile.

Vanger was previously a bunker trader for Peninsula for six years, and had earlier worked for Oil Marketing & Trading International and OW Bunker.

Established in 2014 as a broker and trader, Sonan Bunkers has offices in London, Athens, Oslo, Rio de Janeiro, Singapore and a physical position in Rotterdam. In February the company announced it had taken on a barge for spot and contract 0.1% sulfur marine gasoil deliveries in the ARA region.

The event, titled Shipping and Marine Energy -- Evolution or Revolution, will be held online on November 2-4.