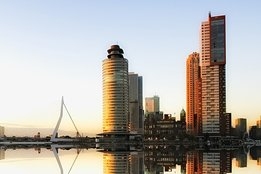 Bunker sales in Rotterdam fell for the second straight quarter, the latest data from the Port of Rotterdam Authority shows.

The drop was driven by a decline in fuel oil sales, which made up 80% of the overall total.

LNG bunker sales at the port also kept the recent trend, showing a big jump over the previous period to record Q3 sales of 11,075 metric tonnes.

The LNG bunker volume sold, a record for a quarter at the port, was almost as much as the 11,672 mt sold during Q1 and Q2 combined.