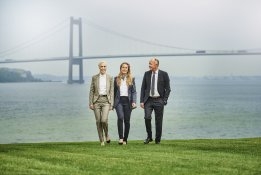 The ultimate parent company of marine fuels conglomerate Bunker Holding, Selfinvest, has said it expects a decline in profits for its bunkering unit after this year's strong results.

Selfinvest reported a record pre-tax profit of 1 billion Danish krone ($151 million) in the year to April 30 in an emailed statement Wednesday, citing a strong performance from Bunker Holding as one of the reasons.

"It is in every way a remarkable result, borne of the fact that our companies have succeeded in taking advantage of the special market conditions the year offered," Torben Østergaard-Nielsen, founder and CEO of Selfinvest, said in the statement.

"That is particularly true in the Bunker Holding Group."

Bunker Holding itself reported results earlier this week, posting a doubling of earnings before tax to a record $155.2 million.

Bunker Holding's "resilience, stamina and not least risk management have been tested by the trade war, the lowest oil price in nearly 20 years and the COVID-19 pandemic," Selfinvest said Wednesday.

"So, despite Bunker Holding being strongly positioned in 'the new normal', the Group does not expect a repeat of the good results for the new financial year 2020/21, especially due to the decline in world trade and markets that are still heavily affected by the Coronavirus crisis."

Meanwhile, Kemp worries that OPEC's commitment to cutbacks is wavering.