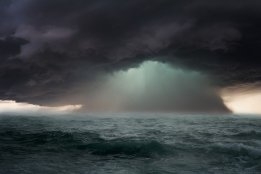 Bad weather is causing delays to shipping operations including bunkering at the Italian port of Sarroch of the island of Sardinia.

The port has been temporarily closed and ships working cargo can expect to be delayed which may have a knock on effect for vessels wanting to bunker, according to market sources.

Italian refiner Saras, which operates a refinery close to the port, has been supplying 0.5% sulfur bunker fuel along with other grades at the port since September.

The offer is part of a push to increase its bunkering business on the back of the change to the global bunker fuel specification.

Meanwhile, the Saudis now think the coronavirus is akin to a burning house.

Meanwhile, expectations are that OPEC will enact deeper output cuts.