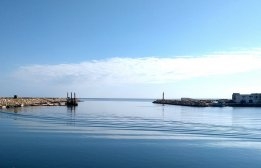 Oil spill fears from the Xelo bunker tanker that sank off the Tunisian coast over the weekend have faded.

According to environment minister Leila Chikhaoui, leaks of oil from the ship's 750 metric tonne diesel fuel cargo are "minimal".

"There are minimal leaks, which are not even visible to the naked eye and fortunately the oil is evaporating so there should not be a disaster in the Gulf of Gabes," legal spokesperson Mohamed Karray was quoted as saying by French news agency AFP.

The minister is reported to be travelling to the area to assess the situation and a marine pollution containment plan has been activated, the report said.

The three new partnerships will be 'crucial' to the pilots and studies the GCMD plans over the next five years, it said.

As part of 90-ship net-zero commitment.