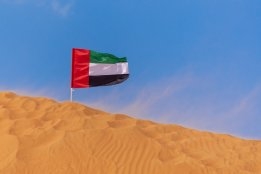 The UAE authorities have banned at least three bunker barges from operating in the country's waters after unspecified 'serious violations' of the law.

The UAE Maritime Administration has banned all ships owned, operated or managed by Warm Seas Development and Trading Company and Victoria Ship Management from operating in UAE waters and ports with immediate effect, according to a circular dated May 30 distributed by the country's energy ministry.

The companies are also banned from providing marine agency services to any ship in the UAE.

"The above-mentioned action is the consequence of the serious violations from the companies for not abiding by UAE laws, maritime conventions and maritime customs," the organisation said in the circular.

Three barges in particular -- the Maximus, the Atticus and the Amelia -- are named in the circular as being covered by the ban, but the ban is not limited to these vessels, the circular said.

No further details are provided in the circular about the nature of the violations. The UAE Maritime Administration's remit covers administrative matters relating to how vessels are licensed to operate in the country's waters, and the ban is likely to be related to infractions in this area rather than in international sanctions.

The vessels are understood to be chartered to Montfort, Monjasa and Pearl Marine.

Tiah Kok Hwee, a former process technician at Shell, was sentenced to 16 years and four months of jail at a Singapore court on Tuesday.