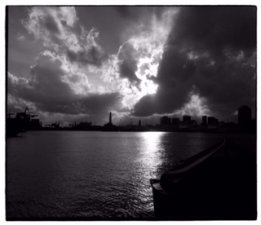 Bunker trading in European markets is down by up to a third compared to normal activity but physical demand remains steady.

Speaking to Ship & Bunker, bunker market sources say the drop off in demand from the covid-19 crisis ranges from 15% to 30% on a rule-of-thumb basis.

The fall off in bunker trading activity while anecdotal chimes with the current macro view of the overall impact of the pandemic on the economic output of the OECD states.

According to shipping analyst Shipping Strategy, the loss of consumer demand could be around a third.

"In the West, where consumer spending makes up over two thirds of economic activity, the effects of quarantine and nationwide lock-down will be greater. Up to 30% of OECD economic output could be lost in the second quarter of this year," analyst Mark Williams said in an industry note.