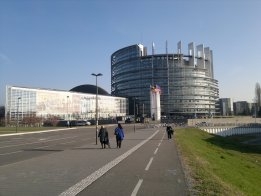 A draft report discussed by the European Parliament on Wednesday has called on the commission to prohibit the discharge of waste water from scrubbers into the sea.

The report on technical and operational measures for more efficient and cleaner maritime transport was seen by the parliament's transport and tourism committee, whose rapporteur is Karima Delli.

The report said that there should not be a "shift in pollution from air to water".

It calls on the European Commission, in line with Directive (EU) 2019/883, " to prohibit scrubbers and discharges into the sea of waste water and other waste residues and to ensure that they are properly collected and processed in port reception facilities; calls on the commission to address the same request to the International Maritime Organisation".

The report also highlights the urgent need for an emissions control area to be set up in the Mediterranean.

A spokesperson said that the draft report can expect amendments and further discusion before being finalised. It would not be expected to be voted on until next year, the spokesperson added.