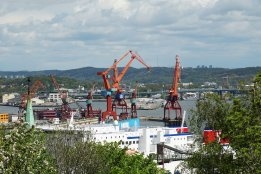 Bunker suppliers in the Scandinavian region are gearing up for the changeover to 0.5% sulfur fuel oil in just under three months' time.

Stena Oil is adding 25,000 cubic metres of fuel oil storage in the Swedish port of Gothenburg as well as bringing in a new 5,600 deadweight newbuild bunker barge, according to price reporting agency Argus Media.

Latvian suppier Fast Bunkering is now offering 0.5% bunker fuel at Skaw while Sweden's Bunker One is to start supply at Skaw and Gothenburg from mid-October, the report said.

The moves fit with the picture uncovered last month by Danish firm Monjasa.  A shipowner survey conducted by the company suggested steady demand for very low sulfur fuel oil would become established in the last quarter of the year.