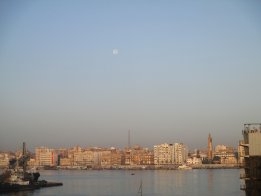 Any prolonged shutdown at Suez would be heavily disruptive for the global shipping industry. File Image / Pixabay

A ship has run aground again in the Suez Canal before being refloated, in the second such incident in the key waterway this year.

The ship was refloated and has resumed its journey. Traffic was unaffected as ships behind the bulker were diverted through a parallel channel.

All traffic through Suez was halted for six days in March when the container ship Ever Given ran aground during strong winds. A legal tussle ensued between the Egyptian authorities and the vessel's operators and insurers before the ship was allowed to leave the region several months later.

The large-size ammonia carrier will also powered by ammonia fuel.

Meanwhile, the focus remains on whether U.S., China will release oil from reserves.