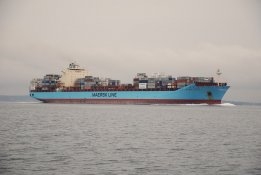 New standards for 0.5% sulfur fuel oil are expected to be released mid-year ahead of global shipping's switch to 0.5% sulfur bunker fuel, an International Maritime Organisation (IMO) official has said.

Edmund Hughes, who heads up air pollution and energy efficiency at the United Nations' agency, told the Fujcon bunker conference they will be made available, according to price reporting agency S&P Global Platts.

Hughes was referring to the relevant ISO Publicly Available Specifications (PAS) which are expected to be released in the second half of 2019, the IMO press office confirmed to Ship and Bunker.

The general standard of compliant fuels, and, in particular, their compatibility with other compliant bunker fuels, remains a chief concern for ship operators in the run up to the 0.5% sulfur cap rule change, which comes into force in nine months' time.

The current ISO standard for bunker fuel is ISO:8217.