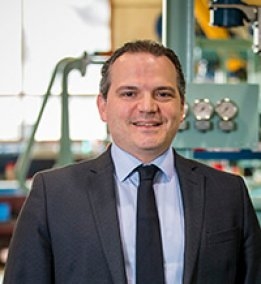 Speaking to Ship & Bunker, global lifecycle services director Konstantinos Fakiolas said the company's offer takes a customised approach to the question of the smooth functioning of a ship's fuel system.

With the International Maritime Organisation's 0.5% sulfur cap on bunker fuel on the horizon, such an approach, "is what the shipping industry is looking for", he said.

Under IMO2020, the industry will switch from two main grades of bunker fuel to a multi-fuel market.

"Some of these [new] fuels will come from trusted sources, such as the oil majors, but some won't," Fakiolas said.

It is the unknowns that the ship operator needs to be wary of.

"It's all about what happens before the fuel enters the engine," he said. Fuel filters, pumps, heaters, coolers and instrumentation are major areas of examination.

Fakiolas said that fuel system improvements can boost efficiency and save operators' money.

An automated version of the company’s FuelSafeä fuel changeover system is scheduled for release later this year. The system helps to predict the time to SECA compliance and can also be used as a backup for EGCS.

Auramarine is a medium-sized company based in Turku, Finland (head office), and China (for production).