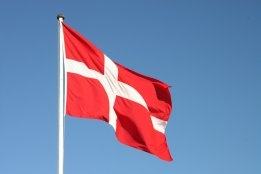 NORbunker is based in Denmark. File Image / Pixabay

The two NORbunker executives have bought the shares from Hamburg Energy Trading, which is terminating its bunker operations as of the end of September, the company said in an emailed statement.

The purchase became effective at the end of July.

Denmark-based NORbunker was founded in 2016 with a principal focus on marine fuels trading, but also engaging in broking.

The company is mainly involved in the Northwest European Bunker market.

The counterparty behind the fraud has not been publicly named.