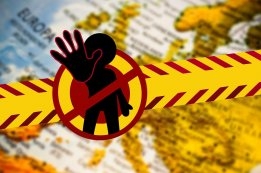 Banning European ships from moving Russian oil has been dropped by the European Union (EU) on Greek objections, according to press reports.

The proposal to stop the carriage of Russian crude oil and oil products was slated to come into force by the end of the year.

However, a Bloomberg report widely cited in business media says that while the ban on EU vessels shipping Russian oil may be dropped, a ban on providing shipping services such as insurance could stay, according to energy news provider oilprice.com.

Without the requisite shipping insurance cover from European firms -- coverage for the global tanker fleet comes primarily from the London-based International Group of Protection & Indemnity Clubs -- Russian players would have to carry the risk.

Such a move would likely make the carriage of Russian oil and oil products a lot more expensive.

New research suggests the emissions caused by increased refinery runs to meet new VLSFO demand should be laid at the door of the IMO 2020 regulations.