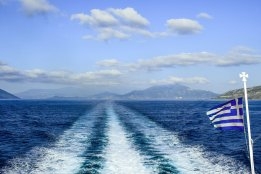 The firm now has a presence in Greece. File Image / Pixabay

Italy-based bunker supplier and trader ReSeaWorld has opened a new office in Greece.

The company has hired Maria Karayianni as its general manager in Greece as of this month, it said in a LinkedIn post on Wednesday.

Karayianni was previously a senior bunker trader at BMS United from September 2015 to March 2021, and had earlier worked as a sales account manager for global energy producer BP, according to her LinkedIn profile.

ReSeaWorld was founded in 2018, has its headquarters in Rome and provides bunkering and related services globally, according to the company's website. The firm is managed by Valeria Sessa, a member of the family with links to collapsed shipping company Deiulemar.

The concern was over one of the judges having served in the Danish military and wearing a shirt with the logo of US space agency NASA on it.