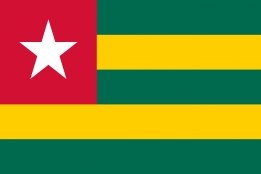 The company is operating the barges MV Thornton and MV Duke in the region and will primarily be supplying at Lome, but will cover the region from Ivory Coast to Gabon, Bunker One said in an emailed statement.

"We want to establish ourselves now to meet increased customer demands and future prospects for the region," Peter Zachariassen, global director of Bunker One, said in the statement.

"We have the diversity, the expertise, and the right people -- as well as the financial strength -- to be the trusted supplier in this region."

The new operation will be run out of Dubai, the company said.

Oil Prices Up Marginally, But Trafigura Worries That Global Demand Will Fall By 10 Million BPD

On the other hand, CNBC thinks less demand will reduce the surplus problem.

Stevedores at Port of Santos say they will stop activities for 14 days amid COVID-19 pandemic.