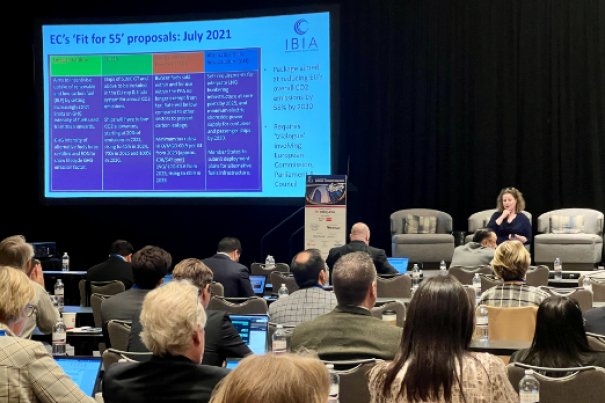 A proposed Europe-wide tax on bunker fuel is unlikely to begin in 2023, delegates gathered in Houston today for the IBIA Annual Convention have been told.

The Energy Taxation Derivative (ETD) proposal, part of the so-called 'Fit for 55' measures, would remove the current tax exemption for bunker fuels sold within the European Economic Area (EEA).

While the taxation rate would be considered 'low' compared to other sectors, it would still translate to a tax of around $45/mt on bunkers.

The majority of ports globally do not place any tax on bunkers, and historically any that have introduced a bunker tax have seen a dramatic reduction in demand.

The measure was originally proposed for introduction in 2023, but it has yet to receive the appropriate approvals.

Speaking at the conference today, IBIA Director and IMO Representative, Unni Einemo, said that unlike other Fit for 55 proposals that require majority approval, the ETD requires approval by all member states.

That, noted Einemo, has not yet happened.